With all the excitement, planning, and anticipation surrounding the August 21st Total Solar Eclipse, it might be difficult to look forward to celestial events beyond August but there are some great ones to note. 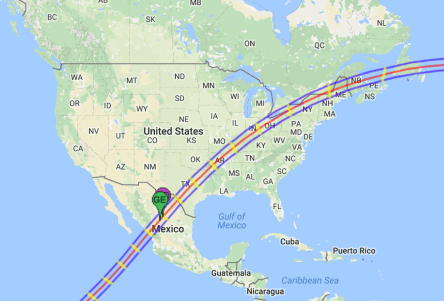 Of course, the most anticipated, at least in the US, is the April 8, 2024 total solar eclipse that will once again, cross the country. This time, it will come up from Mexico through Texas, proceeding through Carbondale IL (the point of longest eclipse for 2017) and on to New York, Maine finally leaving land in Newfoundland.

The next solar eclipse after August 21, occurs on February 15, 2018 and is a partial eclipse visible in Antarctica and South America. The next total solar eclipse is on July 2, 2019 with totality running through Chili and Argentina. This eclipse runs through a major observatory complex, the European Southern Observatory facility at La Silla, Chili. There are also 15 lunar eclipses during the period 2018 – 2024. 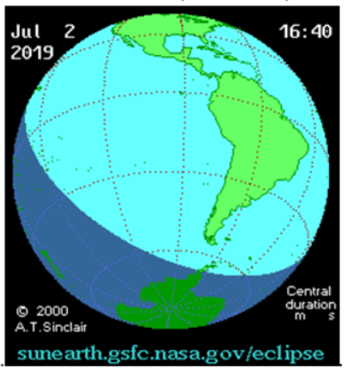 Beyond eclipses, Mars will make its closest pass to the Earth in its orbit on July 31, 2018. This is very close to Mars “opposition” where the sun, Earth, and Mars line up (hint: If Earth and Mars’ orbits were perfectly circular, opposition and closest approach would occur at the same time). This happens once every 26 months and is important because Mars is relatively small and its distance from Earth varies greatly. On July 31, 2018, Mars will be 57,590,630 km from Earth, and will appear 24 arc seconds in size. This is really big as Mars oppositions go! Most backyard telescopes should be able to pick up its south polar cap and a few surface features. 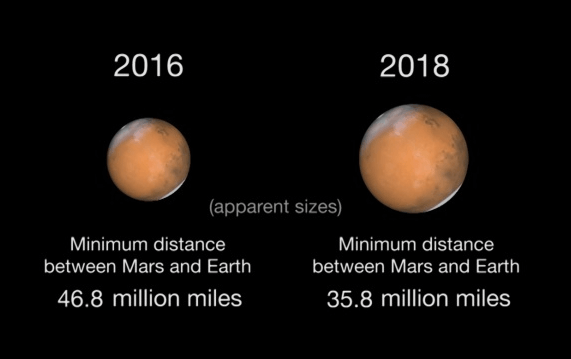 And if that wasn’t enough, a number of NASA spacecraft launch in 2018 including JWST, Parker Solar Probe, and the Mars Insight mission. So, get ready, lots is happening in the heavens after August 21st!